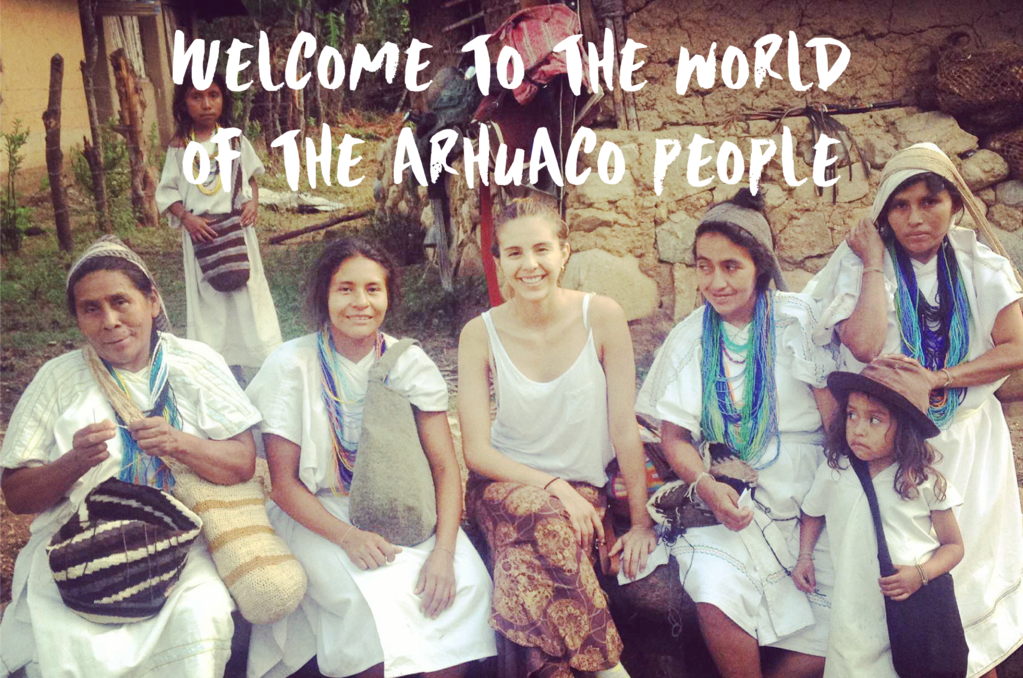 The Arhuaco people are indigenous people of Colombia. They are Chibchan-speaking COMUNITY and descendents of the Tairona culture, concentrated in northern Colombia in the Sierra Nevada de Santa Marta and Cesar Department.

Sierra Nevada de Santa Marta is a mountainous region just 26 miles from Colombia’s Caribbean coast. It is a unique pyramid-shaped mountain on the northern tip of the Andes in northern Colombia. On its slopes live four separate but related peoples: the Arhuaco (or Ika), Wiwa, Kogi, and Kankuamo. Together they number more than 30,000.

The mountain’s peak is over 5,000m high. Rising from the shores of the Caribbean, the lower plains are clad in tropical forest, turning to open savannah and cloud forest higher up. To the Indians, the Sierra Nevada is the heart of the world. It is surrounded by an invisible ‘black-line’ that encompasses the sacred sites of their ancestors and demarcates their territory.

Their culture predates the arrival of the Spanish and they live simply, high on the sides of the mountains. 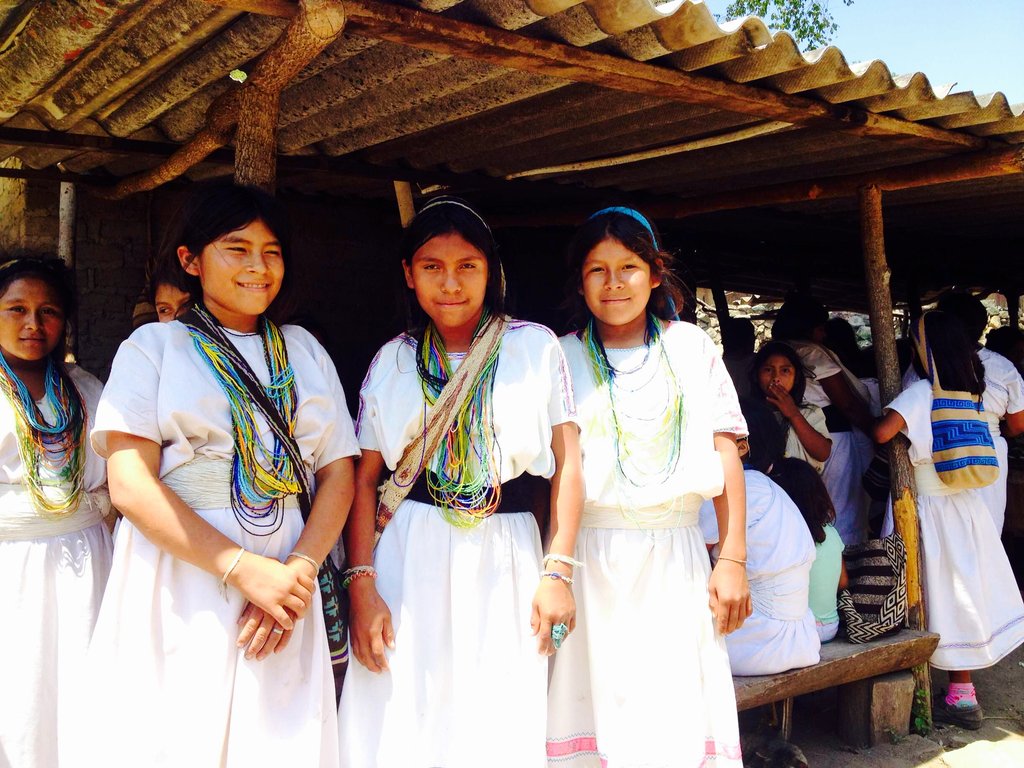 The older brothers believe it is their responsibility to maintain the balance of the universe. When there are hurricanes, droughts, or famines around the world it is said that they are the cause of human failure to keep the world in harmony.

Balance is achieved by making offerings to the sacred sites to give back to the earth what is taken out of it.

This universal law Kunsamü is represented by a boy, Mamo Niankua. This law of nature is an explanation to the origins of matter and its evolution, equilibrium, preservation and harmony, that constitutes the fundamental objectives and the reason being of the Mamo; the spiritual authority of the Arhuaco society.

Spiritual leaders are called Mamos. The Mamo is charged with maintaining the natural order of the world through songs, meditations and ritual offerings.

Each Mamo or Mamü is selected among different candidates. The training begins at a young age and continues for around 18 years. The young male is taken high into the mountains where he is taught to meditate on the natural and spirit world. To become a Mamo, they stay in a cave for nine years while the elders teach them everything they need to know. They specialize in certain knowledge areas such as philosophy, sacerdotalism, medicine and practical community or individual counselors. Their influence is decisive in their society. In Western culture, the Mamo could be seen as the priest, teacher and doctor, all rolled into one. 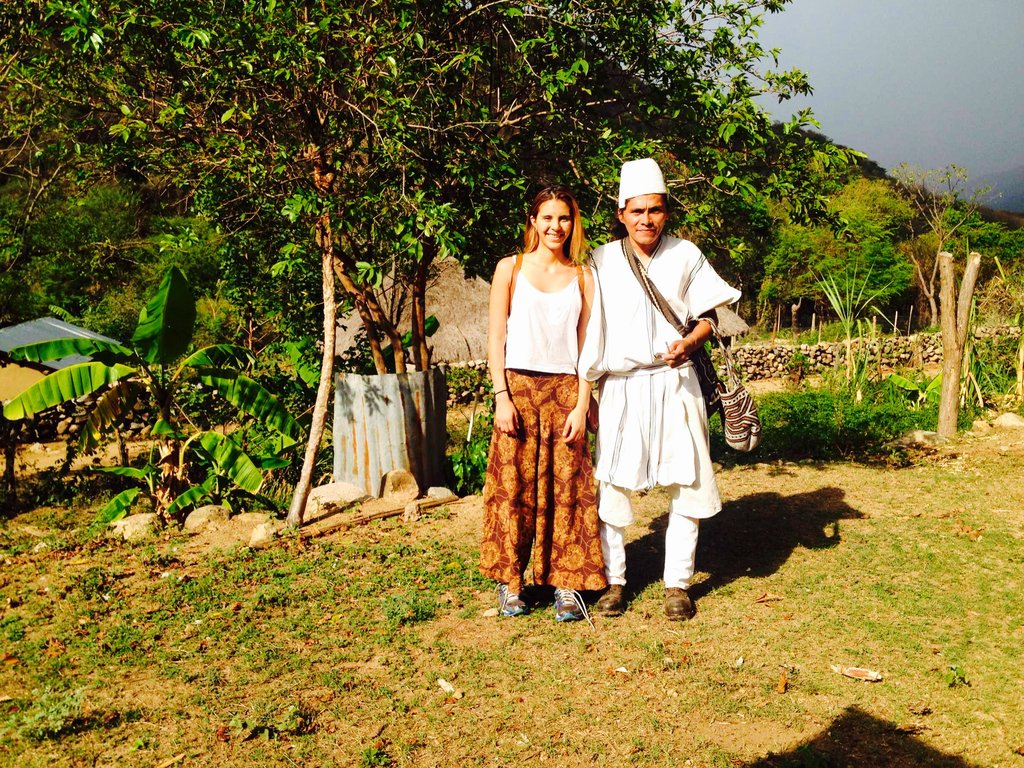 The Arhuaca Mochila are the most representative item of the Arhuaco people. These organic and 100% natural cross-body bag are mainly worm by male member of the Arhuaco people. The bags are only woven by Wati (Arhuaco women) who posses the energy and the wisdom to make a unique creation for his husband. It is not only the intricate and time-consuming technique that make them so special, but its ancient traditions and symbolism that they represent. 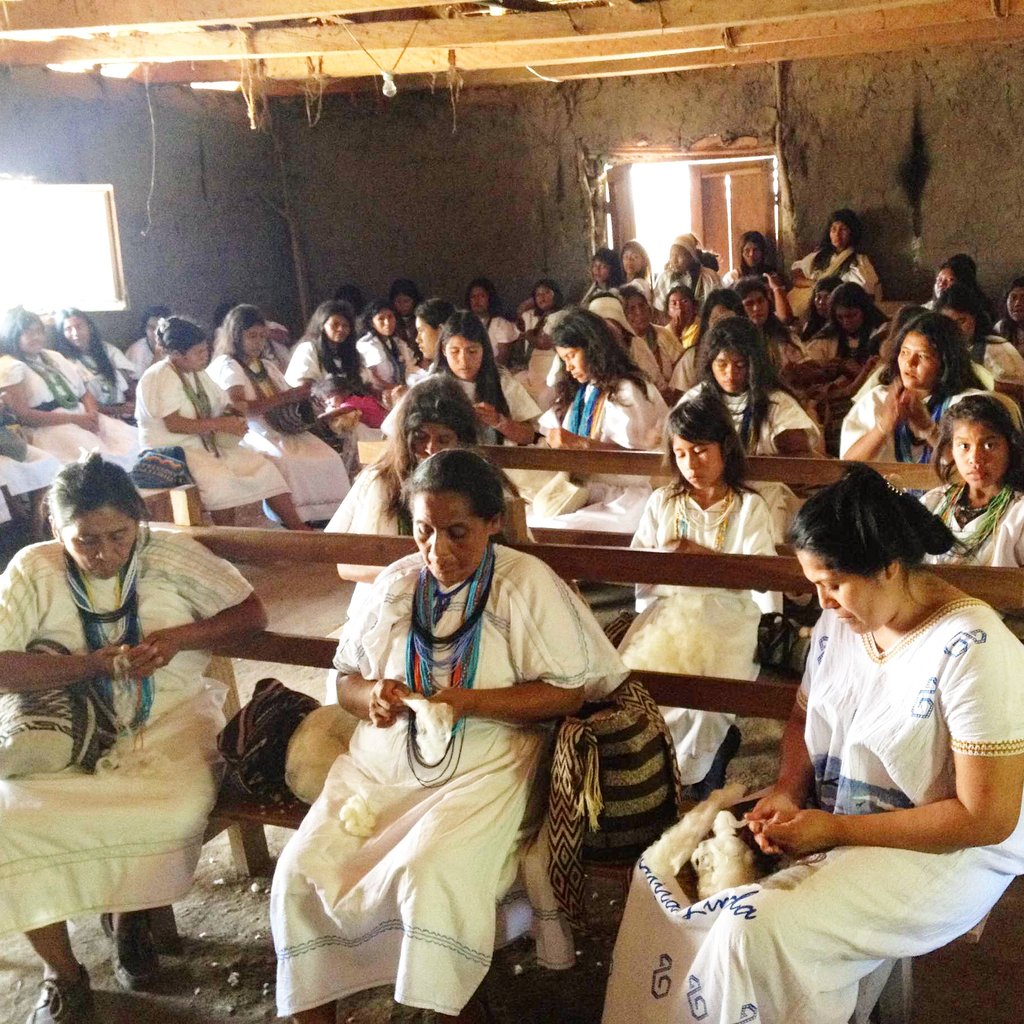 The human story unknown on each bag and the spiritual and cosmological meaning the made do expands beyond its aesthetic appealing. The Mochila allows women to record their thoughts in them and keep them in connection with her husband for all their lives.

An authentic Arhuaco man only uses the Mochila that his mother or wife has woven specially for him. The authentic fabric usually comes from sheep wool that the Arhuaca women and children make at home. Every 4 moths, in new moon, the Arhuaca women shear the sheep to make the threat for their Mochilas. the process is time consuming as they have to make the threat and the spinning into a yarn.

The natural colours and pigments are made from plants, roots, bark and wood from the Sierra Nevada de Santa Marta. Originally Mochilas were woven only with natural fibers from their lands, such as fique and cotton. Later the Spanish introduced sheep's wool. The bags usually carry indigenous drawings or representations of animals and other objects of their cosmology. 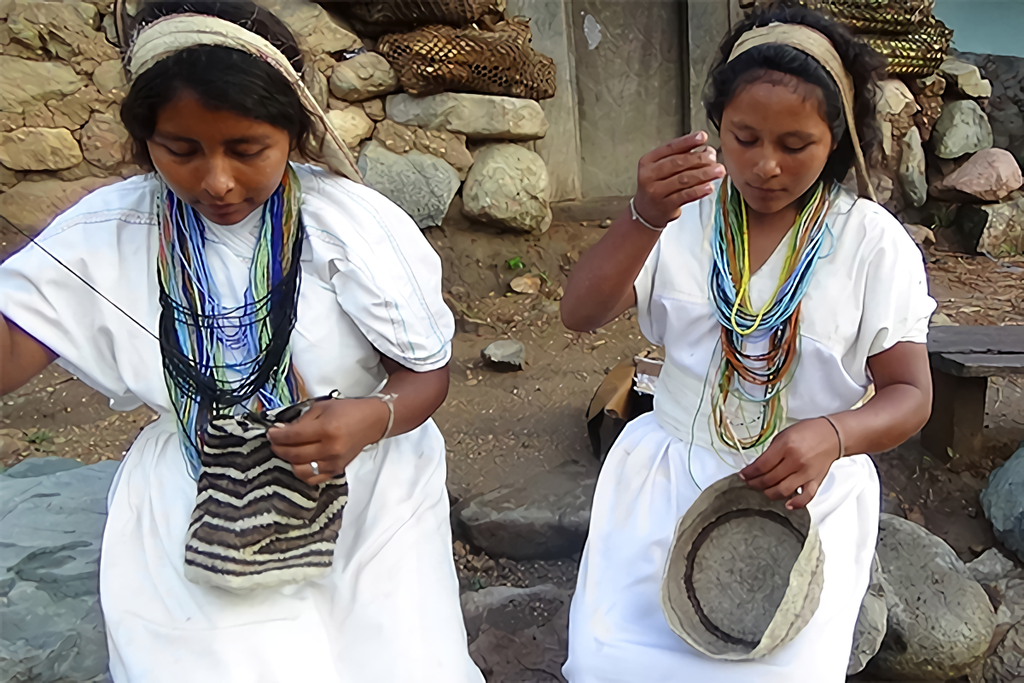 We empower Indigenous women by enabling them to be self-sufficient and create a business for themselves, but we also impact the communities in two ways: 1) Women can provide for their families, and 2) We utilise profits from our sales to bring back water, an essential resource, to these communities.

Sign up to get the latest on sales, new releases and more …